What are the working principles and characteristics of the puffed food production line?

The puffed snack puffing production line can produce various puffed products, such as snacks, breakfast cereals, etc. The raw material can be corn, rice or wheat flour, etc. Today, Darin Machinery will talk about the working principle and characteristics of puffed food machinery, as follows:

2. The extruder method is: with the help of the driving force of the extruder screw, the material is extruded forward, and the material is mixed, stirred and rubbed, as well as high shearing action, so that the starch granules are disintegrated; The pressure rises, and then it is extruded through a die hole of a certain shape. At this time, the high temperature and high pressure suddenly drop to low temperature and low pressure, in which the free water vaporizes rapidly under this pressure, and the volume of water can expand about 2000 times, and the grains change at the moment of puffing : It converts raw starch (beta starch) into cooked starch (alpha starch), and at the same time becomes a layered loose sponge, and the volume expansion of the grain is several times to dozens of times larger.

3. Through the cutting device, the puffed food is formed after cutting and cooling. 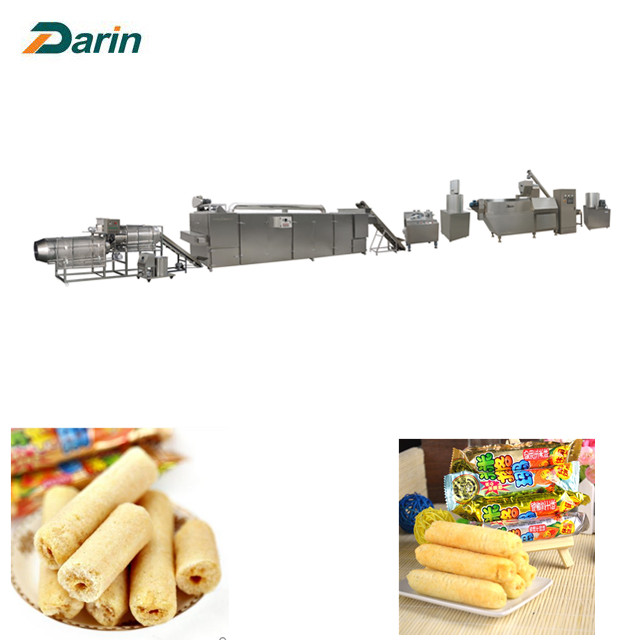 2. The grain extruder is mainly used to extrude grains such as yellow rice, corn and other whole grains;

3. The function of the flour extruder is to extrude wheat white flour and other flour-based food products. This kind of extruder is also called a crispy fruit machine; 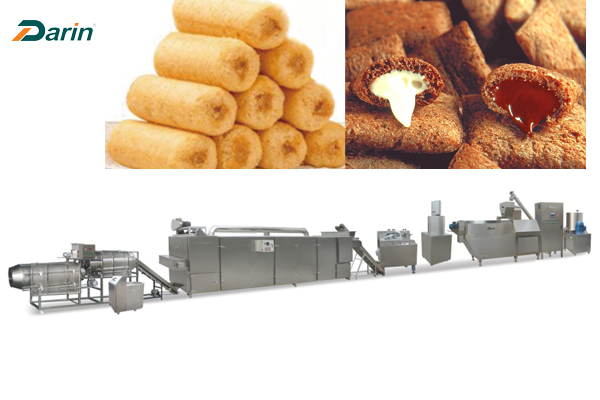 2. Siemens PLC and touch screen, a variety of operating languages are available, such as English, Spanish, French, etc. Any failures in the production process are displayed directly on the screen.

3. A wide range of ingredients can be used as raw materials, such as oats, popcorn, peanuts, sesame, dried fruits, almonds, raisins, etc.

4. Shapes of different sizes can be made by changing molds, such as square, spherical, heart, ring, cake, stick, etc.

5. The cover is made of stainless steel, and the molds are HMWHDPE, with a total of 36 pieces, which are food-grade.

7. The voltage can be customized according to customer requirements.